The UK’s rising recycling rate has to be one of the major success stories of the last decade. EU data shows that packaging waste going to landfill has dropped by three fifths in 10 years. Seldom has such a major change in public behaviour been achieved so successfully and with such broad public support.

The industry has made a major contribution to cutting waste, improving resource efficiency and reducing carbon emissions. It’s also created jobs and helped satisfy a growing consumer demand to recycle more of their packaging. With such major achievements the reputation of the industry should be at an all time high, the public should be clamouring for more opportunities to recycle and the government should be heaping praise upon us. Sadly this is not the case.

There are many reasons for this, but one of the main ones must surely be the industry’s ability to keep scoring PR own goals. Headlines about ‘Bin Police’, ‘Garbage Gestapo’ and ‘Spies in the Bin’ are tarnishing the industry’s reputation. Rather than being seen as environmental superstars, the industry is being portrayed as a bunch of council busybodies intent on clamping down on the most minor recycling infringement. For example, Fylde Council was in the news for reportedly threatening to fine resident Jane Pugh £1,000 for putting her bin three feet from its correct position.

As you’d expect, the Daily Mail seized on the story with the headline ‘Rubbish police snatched my bin because it was 3ft out of place’. Uninformed readers must surely have thought badly about the industry.
In August a Daily Telegraph headline screamed: ‘Doorstep rubbish collections scrapped after 130 years’ This time it was Rossendale Borough Council that was in the hot seat.

The paper reported that the council ‘has stopped the service for hundreds of residents in rural areas who now have to drive or carry their rubbish down narrow country lanes to “collection points” up to a mile away from their homes.’

From what I have learned, Rossendale undertook a thorough and professional consultation with residents at 668 farms and rural harder-to reach properties. As a result of this it was agreed 300 properties would see no change to their collections and the Council was still in consultation with the remaining 368 properties. Despite this the council was forced to defend it position and yet again the industry was seen as the bad guy.

There are numerous other examples of this kind of PR own goal in local and national media. What is surprising is that there are not more? given the size of the industry and the fact that it touches every home in the UK. So what can be done to avoid these incidents and promote a more positive image for the industry?
Firstly recycling officers should work closely with their communications teams. Many already do so very successfully, but there is always more that can be done.

Always refer press call to the council’s press office. Don’t be tempted to give journalists you don’t know ‘off-the-record’ information and don’t provide any background information or photos unless they?ve been seen by the PR team first. In many cases this is often council policy anyway.

If there are recurring collection problems with certain residents make the PR team aware before threatening fines or bin removal. This way the PR team can prepare for any media calls and be ready to brief journalists on why the council is taking action. This may not prevent the story appearing but it can mean your side of the story is properly reported.

Secondly it?s time to celebrate the industry’s achievements. True there’s still a lot to do but so much has been achieved. In the current economic climate there’s no budget for a national TV advertising campaign but there are still plenty of ways for councils to celebrate local successes.

Events like Recycle Week create a great platform to get the message out, but so do extensions to local collections, inclusions of new materials like aerosols and foil and recycling projects with schools and community groups.
Finally, why not invite a journalist out with a collection team? Let them see the challenges faced every day so that they understand why it is sometimes necessary to take action against challenging residents. This kind of positive engagement may finally help them realise that the industry is doing a great job and deserves public plaudits rather than media brickbats. 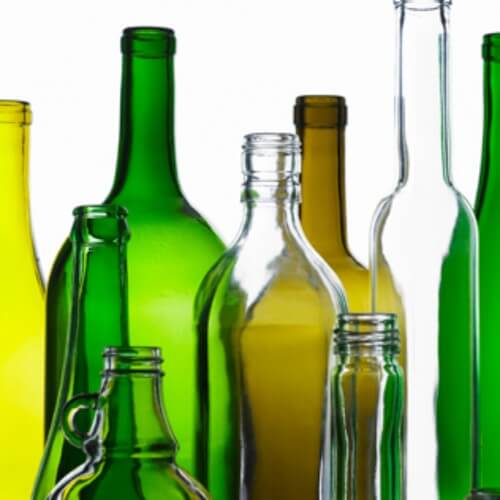