Confidence in the UK meeting 2020 renewable energy targets is falling fast, and with it the chance to secure investment. Clear and effective communication programmes are required to influence policy and decision makers to protect industry and the environment.

Just two months ago came news that the first round-the-world solar powered flight had landed safely in Abu Dhabi, one of the pilots commenting that it was not just a first for aviation, but more significantly and in terms renewables, “…a first in the history of energy.”

Few will be able to comprehend the enormity of the challenge the two pilots faced or the elation they surely felt on their final landing after more than 500 flight hours which included a 70 hour stint to cross the Atlantic and 118 hours to cross the Pacific. But it was a far more than a personal triumph or even the realisation of a dream. It was a clear statement to the world and its leaders. “The future is clean… …the future is now”, said Piccard as he clambered from the cockpit

Borschberg added in a statement later, that it was no longer a question of whether it was possible to fly without fuel or polluting emissions – indeed the 25,000 mile flight of Solar Impulse 2 highlighted the urgent need to start using clean technologies more effectively to reduce energy consumption and conserve natural resources.

It is ironic then, that in the weeks that have followed, scepticism surrounding the adoption of renewable energy has only intensified. MPs on the Climate Change Committee have warned the government that if it continues on its current course the UK will fail to achieve its 2020 renewable energy targets. And while exiting the EU leaves no small degree of uncertainty surrounding the 2020 targets, it is widely believed that if action is not taken to ensure they are met, confidence in the Government’s commitment to what remain legally binding 2050 carbon targets will plummet.

Given the cuts already made to subsidies previously available to developers of wind and solar power projects, it would seem that such a loss of confidence is inevitable. Indeed a third of solar power related jobs have already been lost in the past year with a further 30% of solar businesses expecting to cut employee numbers in the coming year according to the Solar Trade Association.

And such a loss of confidence, jobs and investment has wide ranging implications, not least in terms of minimising the cost of decarbonising the UKs power supply.

What is required now is clear communication from industry, to influence policy makers and engage effectively with public and private investors.

Take the South West for instance, a region which is bucking the trend and which now gets 15% of its electricity from renewables. It is a success story underpinned by the support of local authorities and communities. Indeed Merlin Hyman, CEO at Regen SW commented in Energy Now, that theirs was “a public policy success story” a combination of public and private investment leading to technological progress. 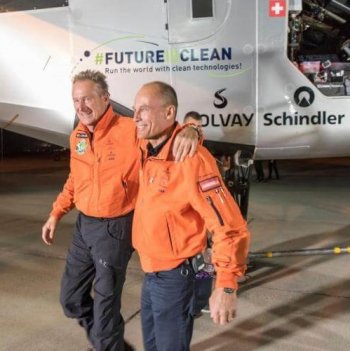