By the end of January, over 400,000 people had pledged to take part in the Veganuary campaign and several brands unveiled new vegan products to capitalise on the post-Christmas surge in demand.

The rising number of vegan cafes and restaurants, plus of course the popularity of the Greggs vegan ‘sausage’ roll are evidence of how mainstream veganism is becoming. In fact, according to research by Ubamarket, one in three Brits now say they are eating significantly more vegan and vegetarian meals.

On top of moral and health reasons, many people site environmental concerns as the driving factor behind their vegan lifestyle – and there are undoubtedly sustainability concerns around meat and dairy production.

When calculating the environmental impact of livestock, crops grown to feed animals need to be taken into account:

Given these statistics it would seem eating animal products does have a disproportionate impact on the environment.

But before you start Googling ‘tofu recipes’, it’s worth remembering there is no miracle cure for the planet, and a well-intentioned mass-move towards veganism could have some unintended environmental consequences.

One of the questions posed at the first UK “citizens’ assembly” on climate change in Birmingham recently was: “Which is better for the environment: British beef or an avocado from Peru?”

Certainly when thinking about how your weekly food shop affects the environment, the country of origin is a huge factor. Eating locally sourced fruit and vegetables is likely to incur lower emissions from transportation than produce imported from other countries.

But beyond the additional carbon emissions created by importing products from afar, Western demand for some products can push prices up so much they become unaffordable to those who depend on them.

In 2017 Mexico faced a domestic avocado shortage because of the volumes being exported. Consequently locals were unable to afford what had been a staple ingredient in their diet.

The same year it was reported Mexico made more money from exporting avocados than it did from petroleum, which in turn led to illegal deforestation to make way for planting more avocado trees.

It follows that a mass switch to plant-based diets has the potential to increase demand for industrially grown soya, maize and grains, driving up demand for crops that require high inputs of fertiliser, fungicides, pesticides and herbicides – all of which come with an environmental price tag.

There is a growing awareness that we need to eat less meat and more vegetables, but there needs to be a sensible balance.

So how can we make better food choices without damaging the environment?

In terms of the way meat and dairy is produced, a return to more sustainable, rotational systems has been suggested.

Implementing crop rotation cuts nitrogen fertiliser use and drastically reduces greenhouse gas emissions. Nitrous oxide is 300 times more potent than carbon dioxide, and it also depletes the ozone layer. Since it also has a shorter life span, reducing it could have a faster, significant impact on global warming.

For individuals, growing your own produce and ordering vegetable boxes can cut both food waste and excess packaging, while sourcing food locally and with seasonality in mind are great ways to reduce the carbon footprint of the weekly shop.

But restricting your diet to just British-grown food can be challenging, especially during the winter months. January is perhaps the worst time to go vegan as the UK has a distinct lack of vegan-appropriate ingredients to offer at this time of year.

Research by Johns Hopkins University (JHU) in Baltimore suggests a “two thirds vegan” diet could be the answer. The research shows cutting down on dairy products, increasing fruit and vegetable intake and eating meat once a day has a lower carbon footprint than a vegetarian diet that includes dairy.

In the UK, the average healthy two-thirds vegan diet contributes the equivalent of 762.7kg of carbon dioxide emissions per person, compared with 1,265.2kg for a vegetarian diet that includes dairy.

Individual efforts to reduce our collective carbon footprint through a change in diet are commendable, but we should be wary of swinging from one extreme to another. Meat-heavy and vegan diets both have different but measurable environmental impacts. It seems the long-term solution may lie somewhere in the middle. 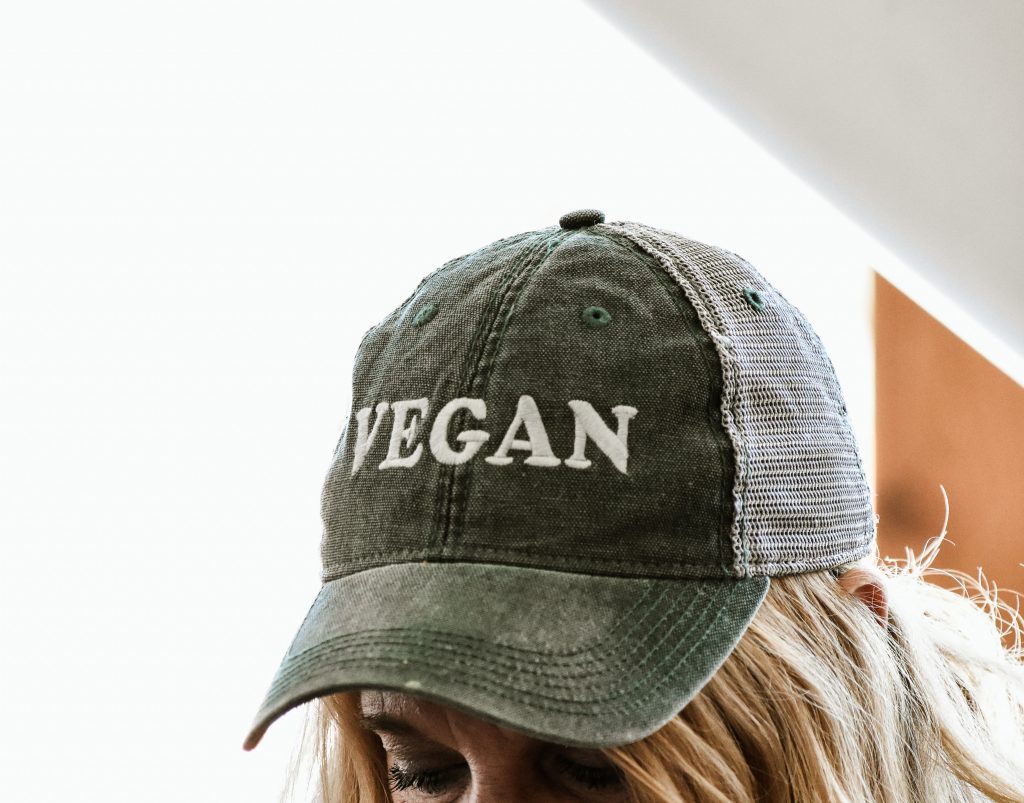