Billy Bottle, Jenny Jar, Bertie Bulb, Recycling Ricky and Max the Dragon – mascots have been a feature in many consumer recycling.

Numerous column inches have been given over to pictures of lord mayors awkwardly shaking hands with an oversized bottle or ginormous recycling bin in order to encourage consumers to recycle more.

In our digitally connected world many mascots have been superseded by Facebook and Twitter and been relegated to a dusty storeroom, or perish the thought, a landfill site.

But new research from America may see the cuddly crusaders rise again to prick the nation’s recycling conscience.

Scientists at Delaware University have found adults are less likely to pollute when conservation information is presented to them by a mascot. And, they are most likely to make the right choice when it prevents the characters from being sad.

The research was prompted by American conservation group Rare which has been using mascots for years as part its campaigns.

Rare turned to researchers at the University of Delaware to test in a controlled laboratory setting the core question of whether mascots really can inspire new behaviours that benefit the environment.

So Kent Messer, co-director of the Center for Behavioral and Experimental Agri-Environmental Research in the University’s College of Agriculture and Natural Resources, and his economics colleagues, Julie Butler, assistant professor, and Jacob Fooks, set up a test involving 168 students.

“Frankly, as an economist, I was skeptical that a smiley-faced, goofy-looking mascot could do anything to help the environment,” Messer said.

The students took part in an experiment where they played the role of factory owners. It tested their environmental decisions and how they were affected by interacting with various mascots. It’s all a bit complicated but you can read more about it here.

The results suggest participants reduced pollution the most when the mascots expressed disappointment in the behaviour.

The findings indicate that while mascots may be great at inspiring action through their cheers and high fives, the biggest effect of mascots may come through displays of disappointment. Cue photos of mascots with sad faces looking into landfill sites?

Whilst it may surprise you that serious scientists are prepared to spend time and money on this kind of research, there is a serious point. People react to emotion, even emotions expressed by anthropomorphised household waste.

In an age when so much communications is digital, it may just be time to dust down that old mascot. Now where did I put Bertie Bottle Bank? 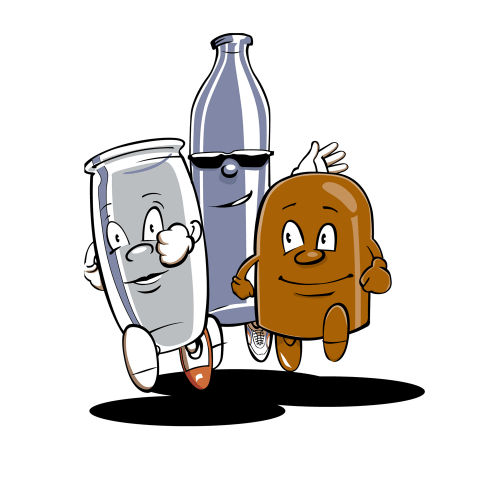 Christmas vs the environment

Seasonal guidance for anyone who wants to enjoy everything a traditional Christmas has to offer,…