The party conference season saw a raft of policy announcements.

We’ve condensed the highlights into one easy to read summary.

In his speech George Osborne made a public commitment to renewable energy investment, but has been widely criticised by campaigners for stressing his commitment to an ‘enterprise strategy’ that would give ‘generous’ tax breaks for shale gas projects. Read the full text here.

Paterson’s long-awaited speech to conference on Tuesday morning revealed that he has plans to make it “easy” for shale gas developers to get permits and failed to make any mention of climate change, fuelling fears amongst critics of his unsympathetic stance on green issues. Paterson committed to working closely with DECC colleagues to ensure subsidies for low carbon energy sources are structured to be “appropriate” and “sustainable”. Read the full speech here.

For his keynote address, Ed Miliband has been criticised by the industry for avoiding the green agenda and the environmental sector. However, he used a subsequent Q&A session to make up for the omission by reaffirming Labour’s support for the green economy.

Miliband also took the opportunity to insist that he recognised climate change as a fundamental threat, while the conservative leadership was guilty of sidelining the issue. He also said he didn’t know “what planet future Osbornes are planning to live on” and that the Chancellor was “absolutely wrong” to suggest that a good economy and a good environment are mutually exclusive.

In his keynote address on the final day of the conference, Nick Clegg warned David Cameron that he was ‘not for turning’ and would not allow any scaling back of the coalition’s green ambitions despite criticism from the Conservative Party. He also pledged to hold the Conservatives to their promises on environmental issues and said that their “vote blue, go green” strategy was nothing more than a “PR exercise”. No new green policy commitments were announced in the speech. Read more here. 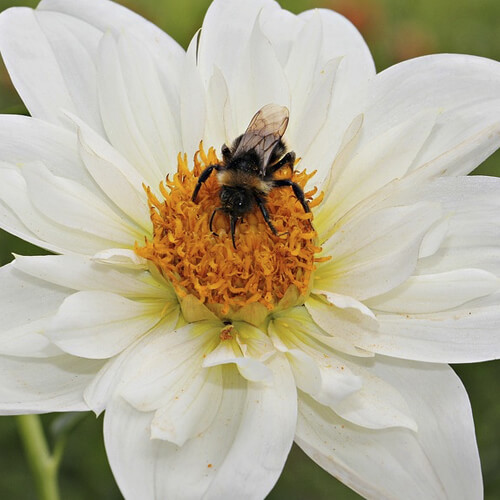