The possibilities are endless: the original Recycle Now advertising campaign.

A decade on from the launch of the Recycle Now campaign over 95% of consumers are committed to recycling, saying that they actively recycle household items such as packaging according to new research.

Undertaken by waste management and environmental PR specialist Pelican Communications, the survey reveals the step change in consumer attitudes to recycling over the last 10 years.

The ground-breaking ads, which were voiced by comedian Eddie Izzard, highlighted the transformation that occurs when something is recycled and ended with the strapline: “Recycling the Possibilities are Endless”.

Today England’s recycling rate has climbed to 43.2%, with some local authorities achieving over 66%, whilst in Scotland rates have climbed to 41.2%.

As well as high levels of participation, the Pelican research also shows 70% of consumers have confidence that all or most of the material they put out for recycling is actually recycled, with only 6% saying none or very little is recycled. In addition 70.4% said they would recycle even more if they were confident all of the material was recycled.

‘Our research reveals the significant change in consumer attitudes that has underpinned the growth in the recycling rate,’ said joint creator of The Big Recycle and Pelican Communications managing director, Michael Bennett.

‘Whilst recycling and issues with bins are still rarely out of the headlines, there can be little doubt that a decade on from its launch the long-term effects of the Recycle Now campaign are still being felt.’

The survey also looked at barriers to recycling and found 23% of respondents said lack of local authority provision prevented them from recycling, whilst 20.7% said it was due to lack of space for bins and 9.2% said it was too much effort. Encouragingly almost half (49.4%) said there were no barriers to them recycling more.

“With increases in recycling rates slowing and concern about reaching future targets, the tenth anniversary of the launch of Recycle Now is a reminder of the need to keep promoting recycling to the public,” added Bennett. “Whilst the budgets for TV Advertising campaigns are no longer available, local authorities, brands and other stake holders need to find innovative ways to not only maintain consumer confidence and commitment to recycling, but to boost it.” 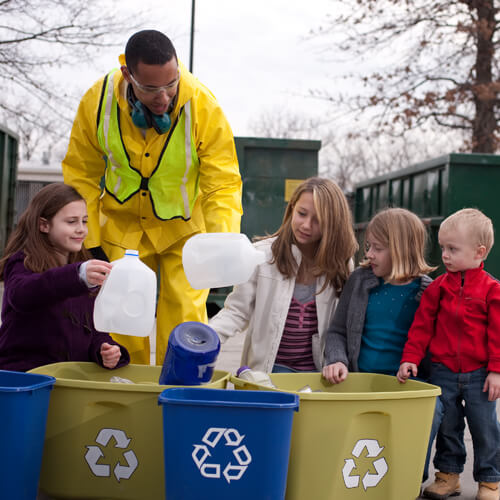