New research from CGA Peach has revealed that 75% of the population chose to eat out of the home in the four weeks ending 15 May 2015.

These figures are promising for the foodservice industry, outperforming the 57% of people that ordered a take away meal over the same time period.

The figures provided by CGA Peach’s BrandPulse research – a new four-weekly research service launched as a fast turnaround – also provided a breakdown of which establishments the 75% of the population chose to patronise. Across restaurants and pub restaurants, JD Wetherspoon was the biggest winner with 14% of the public visiting. Other successful eateries included Nando?s (8%), Pizza Hut (7%) and Harvester (5%).

For quick service the success stories were McDonalds with 28% of on the go custom. The other top performing UK quick service chains were Greggs (20%), Costa (20%) and KFC (15%). The figures also found that of the 57% of people who ordered a takeaway over the last month, 37% stayed in to watch a subscription TV service such as Sky Movies, Netflix or Amazon Instant.

Jamie Campbell, account director at CGA Peach said: “It’s well reported that options at the fingertips of consumers at home, be that entertainment or quality food, is a threat to eating out spend, but eating out continues to be at the centre of people?s consciousness.”

Consumer confidence also remains high, with 83% of the population planning to drink out at least as much as they did in the last four weeks, and that figure stretches to 88% for those planning to eat out.

Speaking about the findings for foodservice, senior consultant of the Pelican hospitality PR team, Emma Entwistle said: “Although services like subscription TV appear to be a big catalyst in people opting for a takeaway, more people are looking for the experience and atmosphere that eating out affords. It is promising that such a large proportion of people plan to eat out at least as much over the next month also.

“It is very useful to have these snapshot reports from CGA Peach in such a fast moving industry. Rather than looking over reports from the previous quarter, we can see accurately what evening activities consumers are choosing and a breakdown of where their money is being spent.” 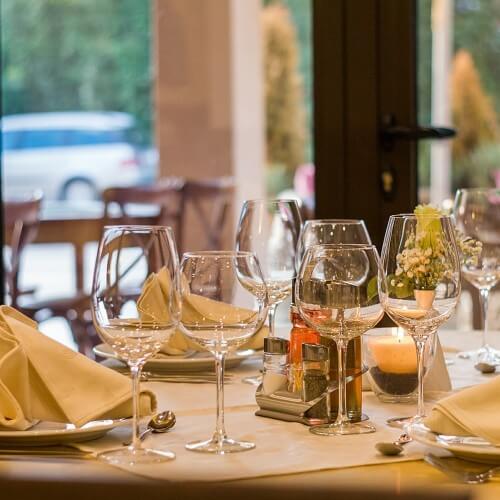 Consumers are behaving as if they expect the UK to head back into recession, according…

Tweeting up the wrong tree

A new report claims offshore wind will be critical in meeting our future energy needs….