Some relief for the hard-pressed regional foodservice industry with news that more consumers saying they are eating out.

According to a recent survey 71% of respondents have eaten out in the past two weeks, up from 69% over the same period last year.

The Eating Out-Look survey by Horizons’ was conducted online by YouGov amongst 2,194 consumers. It found that recovery in the frequency of eating out was, for the first time, noticeable outside London with strong growth in Wales, the North and the East of the country.

YouGov quizzed consumers on their eating out habits in the previous two weeks over the Christmas period. It showed that on average respondents had eaten out 1.94 times, up from 1.8 times a year ago.

Respondents who had eaten out spent an average of £14.48, including drinks, up from £14.41 last year. Consistent with previous surveys consumers spent more when they dined out over the Christmas period than they did during the summer months, when the average spend was £12.72 .

Pelican’s foodservice and hospitality PR expert Emma Entwistle commented: “Recovery in the regions is really taking root. One of the most encouraging things appears to be that people are starting to feel more confident. However, these figures cover the Christmas period, what the sector wants to see is this trend continuing strongly in 2015.”

Eating Out-Look also revealed that the number of respondents using more formal venues such as restaurants and pub restaurants had risen slightly. Some 51% of eating out was accounted for by these venues, compared with 47% six months ago. JD Wetherspoon was the most commonly cited venue of respondents who had eaten in a pub restaurant (14%), with Brewers Fayre (8%) and Harvester (7%) second and third respectively from a given list.

The survey results suggest that any increase in eating out is being driven by those on higher incomes (ABC1s) of whom 76% reported eating out in the previous two weeks, compared with 73% last year.

In Britain’s regions, the biggest recovery in eating out was demonstrated by survey respondents in the North, where the number eating out in the previous two weeks had risen from 70% to 73%, and the East, where the percentage rose from 64% to 75%.

Respondents in these areas, along with the South (72%), reported eating out more often than respondents in London, of which 71% had eaten out in the previous two weeks.

Wales also saw a large hike, with 71% of respondents saying they had eaten out in the previous two weeks, compared with just 61% who had done so 12 months ago. Fewer respondents in Scotland reported eating out, however, 64% compared with 67% last year. 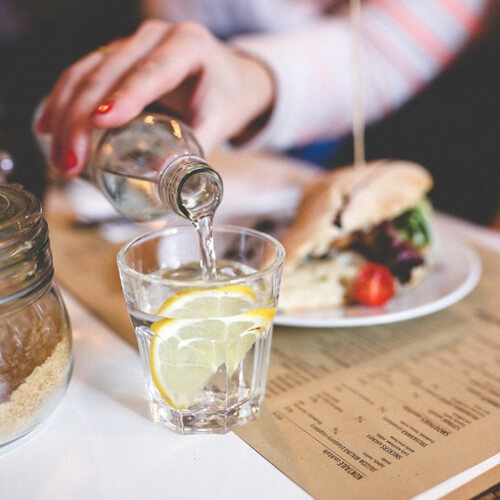