As consumers are being encouraged to reduce food waste and experiment with alternative proteins, new strategies are emerging for making sustainable food choices palatable to children.

Imagine the scene: it’s dinnertime and your kids are tucking into a hearty insect burger with a side of algae balls. Later that evening, they will polish off their favourite bean-based dessert or snack on a powdered meal replacement.

A new set of children’s toys called ‘Play Food From The Future’ is trying to change that. Developed by Swedish creative agency Forsman & Bodenfors in collaboration with the Win Win Gothenburg Sustainability Award, the toys aim to get children interested in sustainable diets and normalise unusual foods such as algae snacks and insect protein.

It’s a concept rather than a commercial product (though the designs can be downloaded for 3D printing), but it points to a very real challenge. Food likes and dislikes are formed at a young age. Environmentally friendly innovations such as insect burgers stand little chance of going mainstream if the ‘yuk’ factor cannot be challenged during children’s formative years.

‘Play Food From The Future’ is far from the only initiative to recognise this. A growing number of products and schemes are being launched with the aim of introducing children of all ages to the concept of food sustainability.

Earlier this year, toy maker PlanToys released a set of wonky fruit and veg wooden toys designed to get young kids used to the idea of imperfect produce. (A one-off 2016 collaboration between Hasbro and Asda for a Wonky Mr Potato Head similarly aimed to raise awareness of wonky veg and food waste.)

At the same time, entomophagy entrepreneurs are looking to make the case for alternative proteins with mini insect farms suitable for classroom use. The Hive Explorer mealworm farm developed by Livin Farms, for example, comes with its own educational materials and suggested curriculum for science, technology, engineering or maths teachers. And Tastebugs, devised by Northumbria University student Jay Cockrell, is a set of modular kitchen utensils that can be used by kids to create their own insect-based snacks.

Then there’s subscription box services. Although primarily aimed at getting kids interested in cooking and healthy eating, services like the UK’s Little Cooks Co, which sells child-friendly organic baking kits, and Little Sous from the US, also have a sustainability angle. The latter offers a box called It’s Alive, which encourages children to “grow brand-new vegetables from scraps you might have otherwise tossed in the trash”.

To engage older children and teenagers with sustainable food, meanwhile, gaming is the preferred route. Educational video games like Journey 2050, developed by US and Canadian farming organisations, and Agpocalypse 2050, developed by researchers at the University of Nebraska, encourage pupils to explore strategies for feeding nine billion people by 2050.

More recently, escape room-based games have also emerged as a promising way to teach kids about sustainable food. A notable example is the EU-backed Games of Food project, whose Zombie Attack escape game teaches pupils about sustainable protein. The game was tested in UK secondary schools during British Science Week this year, with wider trials to come.

A new approach to food education

These new products and initiatives all speak to the importance of engaging kids with food sustainability – and the growing commercial opportunities in this space. But they are unlikely to move the needle on their own.

If we are serious about equipping the next generation with future-proof food skills, we need more than wonky toys and video games. A more dramatic – and holistic – rethink of how we teach kids about food is needed.

Pioneering headteachers such as Jason O’Rourke already show what is possible when educators take food seriously. At his primary school in Washingborough, Lincolnshire children learn about healthy, sustainable diets through the school’s own beehives, allotments and orchards, make their own snacks in a dedicated children’s kitchen and receive at least an hour of food education a week.

Children are also being introduced to – and encouraged to experiment with – unfamiliar foods using a method called Sapere, popular in countries including Sweden, France and the Netherlands. This involves exploring foods with all five senses, with a focus on curiosity and playfulness rather than more formal cooking skills or food and nutrition theory.

The efficacy of this type of food sensory education is currently being tested by researchers from the University of Leeds in a two-year project. The findings will no doubt be watched closely. While Sapere is not specifically focused on food sustainability, the principles it embodies – in particular its focus on making children confident to try new foods – could play a vital role in preparing the next generation for the food challenges of the future.

After all, insect burger toys can only do so much. It takes real-life mentors and role models, at school and at home, to instil food confidence in children and convince them to not only play with tomorrow’s food but also eat it.

Julia Glotz is a freelance writer and editor specialising in food and drink. She was previously managing editor of The Grocer.

Fill in your details below and we’ll send you an email with a link to each new post so you won’t miss out. 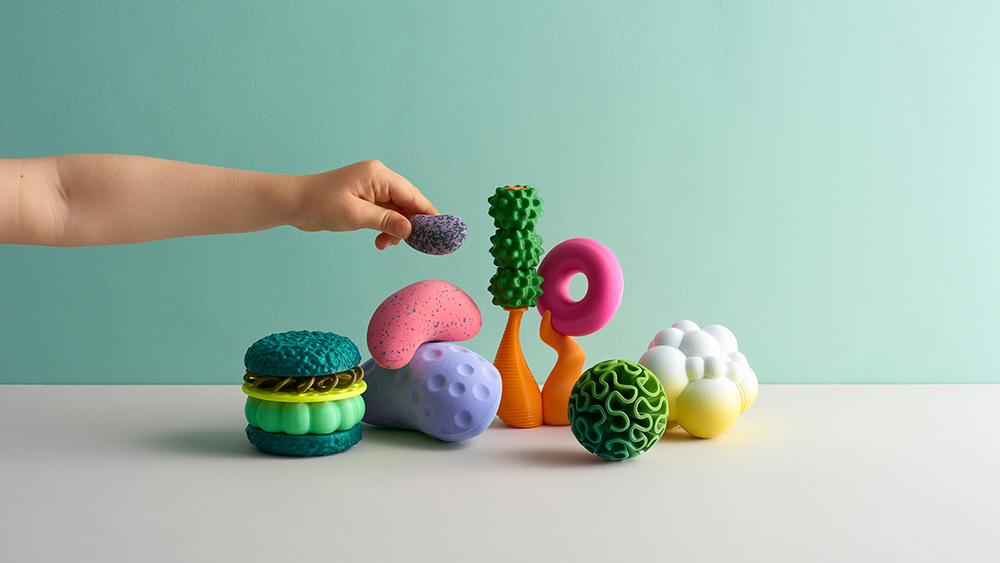 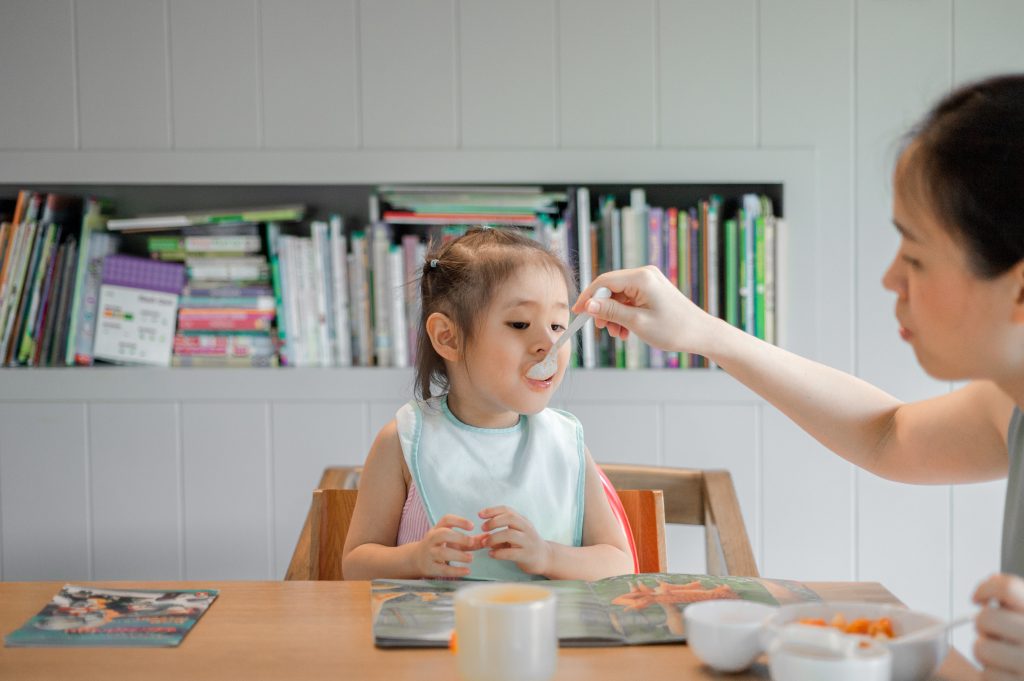 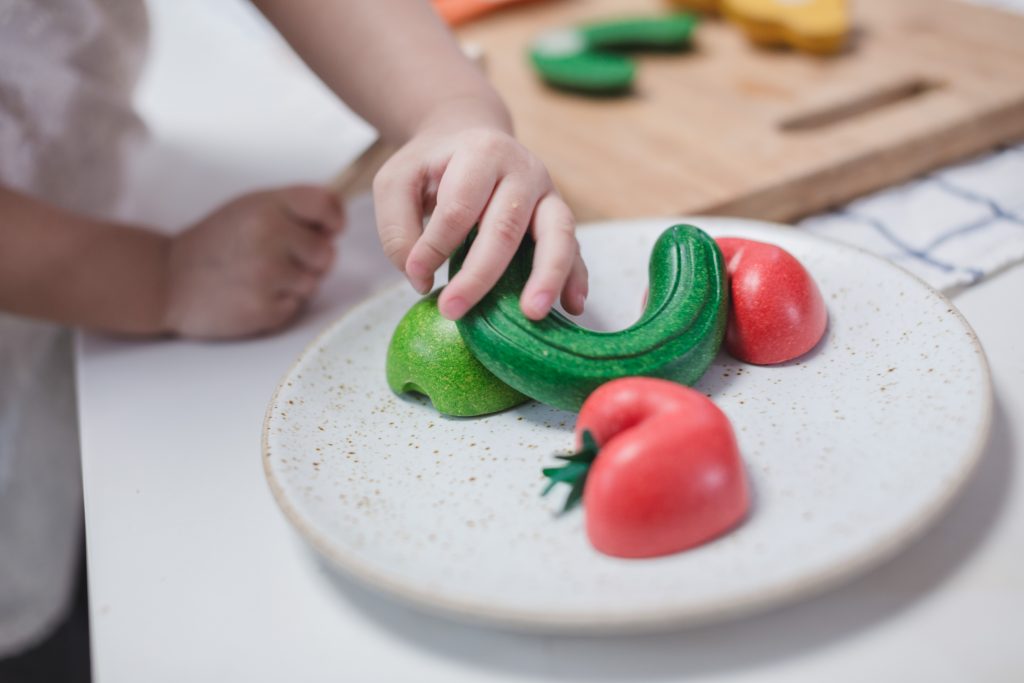 Markem-Imaje Ltd. is a global manufacturer of product identification and traceability solutions. It offers the most…

Take a quick look around you. I bet you can see at least five package…