Back in March one of our most read blog posts asked two questions: is Meerkat all its cracked up to be? And just what is Periscope?

Well now, two months later, we are going to revisit these questions and look at how live video streaming via social media has developed in its first few months.

In answer to the first question; it would appear that no, Meerkat is not all its cracked up to be – although not through a lack of creativity and initial promise, more due to fierce competition from Periscope and Twitter.

The second question, ‘just what is Periscope?’ will hopefully be answered in more detail here, as we look at Pericope – the story so far.

So what is Periscope?
Periscope is the live video streaming app, bought by Twitter for $86 million in January. It allows users to broadcast video taken on their phone, wordwide in real time. It was bought by Twitter after the initial success of rival Meerkat, an app that provides a similar service.

Why is Meerkat falling behind?
Meerkat was the initial front runner in the live video services, however the video streaming app required the user to post a link on Twitter as a gateway for other users to view the video. Recognising the initial success, and huge potential, of the service that was being used on its own platform, Twitter bought the app Periscope to act as a competitor to the fast-rising Meerkat. Extra investment and functionality means Persicope is prevailing and Meerkat is fading into the background.

What are the strengths and weaknesses of Periscope?
The strength of Periscope lies in the ease at which live video can be shared and saved. An added string to the Periscope bow is the decision to make the app available to Android, after previously only being available to Apple customers.

The main weakness lies in the barrier to view the live video streams. Not only do you need the app in order to share a live video, you also need to download the app in order to view the videos being shared, something not everyone will have the patience or willing to do. A further weakness of the app is the quality of video and sound produced when shared live, which sometimes can be similar to a faulty Skype or FaceTime video call.

What are the opportunities and threats?
As discussed in a previous Pelican blog post, the opportunities of services such as Periscope and Meerkat are limitless, with Meerkat proving a particular hit at music and tech festival South by Southwest. The potential threats however, appear to be surfacing more quickly than the opportunities. Stories of privacy, piracy during live sporting events (such as the Mayweather – Pacquaio boxing fight) and content of an ‘adult nature’ being shared have appeared more regularly than ones of success.

How has Periscope been used so far?
Periscope provided a powerful platform for journalists on 27 April during the Baltimore riots, reporters used their iPhone to broadcast live without restriction video of the civil unrest taking place. A number of high profile celebrities have been quick to use the technology with Arnold Schwarznegger answering fans questions and requests live and Stan Collymore capturing pre-match video of football games he is about to commentate on.

So what’s next?
It looks like Periscope and Meerkat have a lot of work left if they are to capture the imagination and attention of social media users. Early figures show that we are still very much in the awareness stage of the brand development for both companies. As figures from Horizon Media (below) show, the two services are a long way short of being on the public consciousness when compared with other video apps such as Snapchat, Instagram or Vine.

In terms of awareness Meerkat has the initial advantage, although there is a big difference between awareness and active users, on which Periscope appears to hold the lead. Periscope was downloaded more than a million times in its first week but Twitter has not revealed usage figures for it since then. Mobile data stats from Mobidia indicate that both services are something of a niche pursuit, with less than half a percent of US mobile users using the app in a given month.

While the possibilities of video streaming apps caused a stir in early 2015, and the expansion of Periscope to Android looks like a positive step, the technology still has some way to go before it can rival the likes of Instagram or Snapchat. Getting over the initial hurdle of raising awareness and understanding of what the app actually does will be the first step, only once this has been achieved can brands, organisations and celebrities fully explore the capabilities of live video streaming. 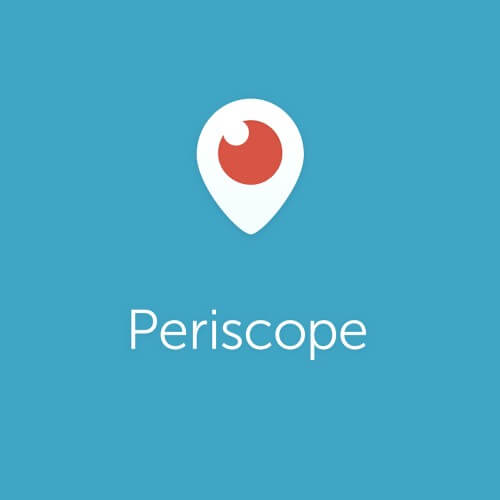