It’s hard to miss the chatter about how retro design is in-vogue right now, heralding a return to the ‘golden age’ of design. Traits include the use of sans-serif typefaces, a lack of unnecessary decoration, simple icons and the use of symbols and marks.

It seems as if there is no end to the amount of businesses who have adopted this trend. Late last year, the internet was abuzz with talk of Google’s new sans-serif logo. In May, The Co-op unveiled a complete rebrand, opting to bring back their iconic 60’s mark. And last month saw Mastercard simplify their logo into its core elements.

But why are companies taking on a look that harks back to a different time?

Is it nostalgia, or are modernist logos just ‘better’?

Icons were at their height of use in the 60’s and 70’s, well before digital platforms were a consideration. Many icons from this ‘golden era’ are being lauded as ‘before their time’, as designers today adopt this modernist approach.

A standard synopsis of this phenomenon seems to be that either;

A) Designers from bygone eras were actually psychic designer-gods who foresaw the very digital plight before us now, or;

B) Designers and consumers today are feeling nostalgic.

Plainly, option A is ridiculous. Design is, by its very nature, made to fit its use only at the time and location in which it is being used. If it does not fit within that context then it is, most likely, poorly designed, regardless of its aesthetic appeal in the future.

No designer can see the future or make ‘future proof’ design. There is no one-glove-fits-all solution to effective design. Design is an evolving, contextual means of expressing a product or service. In the 60’s we saw an appropriate visual response to the time. There is a myriad of reasons for those trends that we won’t delve into here, but you can read more about the emergence of modernist logos in Jens Müller’s Logo Modernism.

Likewise, that the current preference for modernism should be linked to a nostalgic harking back to the 60’s may be an over-simplification. No doubt there is some idealization and romanticisation of the past, as there is for any generation. However, the prevalence of modernist logos has much more to do with how we consume information today.

A core reason we are seeing a return to simple, clean forms because of their use on digital platforms. Hand-held screen sizes mean that information must be legible even when shrunk incredibly small. Icons lend themselves well to this.

Millennial designers and users are strong adopters of ‘KISS’ methodology (keep it simple, stupid). They’re pressed for time, over-worked and constantly aware that things can be done better, faster. They expect the same in their user experiences and treat them with no less scrutiny. This means the same for brands they interact with, including their logos.

As explained by Nielsen Norman Group “Many Millennials were in grade school or college when Google first rose to popularity, and it was a critical influence in setting the level of simplicity and directness that Millennials have come to expect from interfaces.”

Direct, focussed information is much more likely to resonate with millennials. It makes sense that simple shapes and forms that ‘get to the point’ would appeal better to them.

It’s not just about understanding the digital platforms being used and presented on, but also how people are communicating on them.

Increasingly, we crave quick sound-bites of information complete with their character limitations, such as Twitter and Instagram. During the earlier days of the internet, forums and long-form blogs were much more common. We increasingly want to understand what we’re getting with a simple skim-read. Emojis take up less of your precious character count, as well as appealing to the more visually-minded of us out there. To this end, it’s easy to see why icons and marks have seen a rise in popularity.

Seeing through the jargon

Also due to social media, there is an ease of access to varying opinions. Alongside the quick spread of information consumers can easily discount and discredit a company to dramatic effect within minutes. This leads to consumers wanting clarity and honesty, disowning banal decoration and flowery marketing-speak.

Regarding their decision to bring back their old logo, Steve Murrells, chief executive of the Co-op commented in The Guardian “Back as far as 2012, it was clear to us that the younger generation was very sceptical of big business and very aligned to the model of co-operatives… The signals were there and we knew as a business we had the chance to reach out to younger people.”

Companies like The Co-op are beginning to take heed of Mies van der Rohe’s mantra ‘less is more’ when it comes to how they are presenting themselves. There’s nowhere to hide where the internet is concerned, so you might as well strip your branding back to it’s core elements.

The retro revival isn’t really a retro revival at all, not in a strict sense. It is instead a reaction and shift to fit the current media and technology we are using and consuming.

For design ideas that will revive your brand, talk to the Pelican design team. 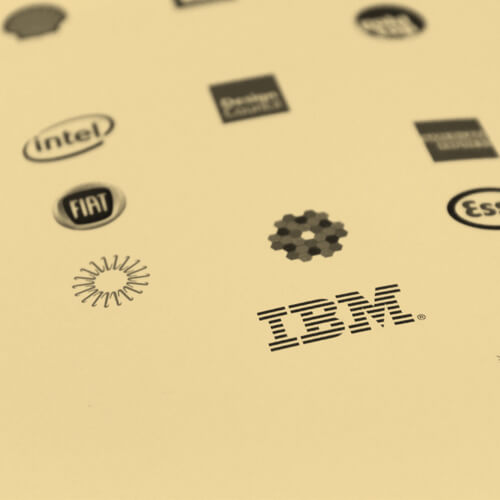 By Julia Glotz In the fight against food waste, fresh produce finds itself firmly in…

You ain’t seen nothing yet

In the last 12 months numerous brands and supermarkets have pledged to cut plastic usage,…