Iceland may have kicked England out of the 2016 Euros and be on to the quarter finals but it’s their frozen food namesake that has taken advantage of this surprising turn of events to become the social media stars of #Euro2016. 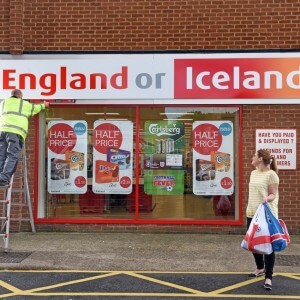 Following a cleverly thought out campaign stemming from Iceland’s unlikely qualification for the tournament, frozen food giant Iceland have jumped on this opportunity to back the underdog of Euros, while maintaining their allegiance to England.

This has been achieved through video content, engagement with other brands such as Carlsberg and reacting to the England vs Iceland match by remaining impartial through stunts such as sending Iceland’s (the store) founder an England/Iceland football shirt and renaming one of its stores ‘England or Iceland’.

Their success has come in the most part by having fun and knowing the audience they’re interacting with, so here are our four top tips on how, when managing a brand’s social media channels, you can take advantage of topical events successfully.

1. Know how to spot an opportunity

Hashtags are constant on twitter, so if you jumped on them all you’d be forever tweeting! Getting involved in hashtags and current events can put your brand in front of a new audience of potential engagers but beware, people can see through selfish motives, so be careful in your selections.

If you decide that both your brand and the conversation will legitimately benefit from getting involved, be bold in your approach and make sure the content you put out there is of high quality and not rushed out to get on board quickly.

Make sure you know what you’re getting involved in. Hashtags don’t always explain themselves and you could end up naively jumping into a very serious debate. In 2014, Chicago based pizza place DiGiorno, usually known for their light hearted content, decided to get involved in the hashtag #whyIstayed with the tweet ‘#whyIstayed you had pizza’. Had they checked the content of said hashtag, they would have noticed that it was raising awareness of domestic violence survivors… Safe to say it did not go down well!

Don’t tweet for the sake of tweeting. People aren’t stupid, they know how brands operate and they don’t appreciate you jumping on the bandwagon if it’s irrelevant to the conversation or blatant self-promotion and they WILL call you out on it publicly! Take Homebase for example who, following the death of musician Prince earlier this year, clocked #RIPPrince was generating enormous amounts of traffic and decided to pop it on the end of a tweet about their latest home improvement deals. Unfortunate accident, misplaced tribute or cynical attempt to reach a wider audience? We’ll leave you to decide…

Although depending on the event/topic this might always not be possible, as with all good social media content it’s important to be strategic and make it count. One measly tweet with the trending hashtag attached is hardly going to get much cut through, particularly if the hashtag is creating large volumes of traffic. One of the things that made Iceland’s campaign so successful was that it rolled with the punches and just got bigger and bigger. Even when the worst happened and Iceland was picked to play England in the last 16, Iceland spun their activity to make sure they got the best of both worlds, with an impartial stance willing both teams to win.

5. Don’t panic if you get heckled

The best thing about Twitter is that is offers freedom of speech. The worst thing about Twitter is that it offers freedom of speech. There’s always going to be someone who has a wise remark to your tweet, or will somehow find a way to use it just to complain. Don’t panic, and most importantly don’t overreact! Iceland’s social media manager has said that during the tournament they ‘got the usual abuse’ but with a ‘bit of fun, managed to turn them.’ Simply channel the personality of your brand and see it as an opportunity to further your social media reputation, have fun with it! 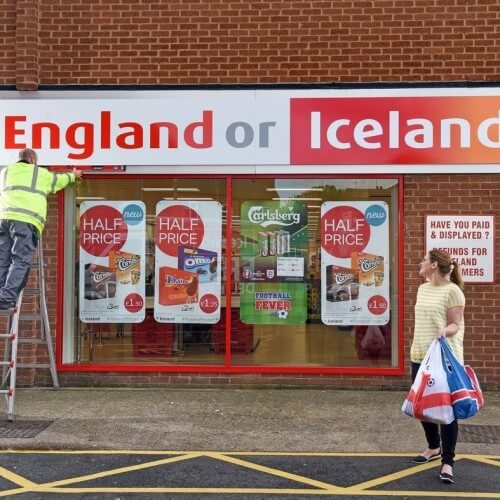