With labels derived from original Warhol artwork, the four specially-designed labels reflect Warhol’s pop-art style and use vibrant, eye-catching colour combinations like orange and blue, and pink and teal. They will be available in the USA.

This move is a great reminder of just how good some packs look. As well as designing packs that can move as efficiently as possible through the distribution system and are easy to open it?s also important to produce packs that are visually stunning. The Campbell’s can is an outstanding example of great design work.

When asked why he painted Campbell’s soup cans, Warhol famously quipped, “I used to have the same lunch every day for twenty years.” For his first solo gallery exhibition held in Los Angeles in 1962, Warhol exhibited his famous paintings of 32 Campbell’s Soup Cans. Each of the thirty-two canvases depicted one variety of soup and was displayed side-by-side like cans of soup on a grocery store shelf. The painting helped launch Warhol’s career and ushered in Pop Art as a major art movement in the United States. 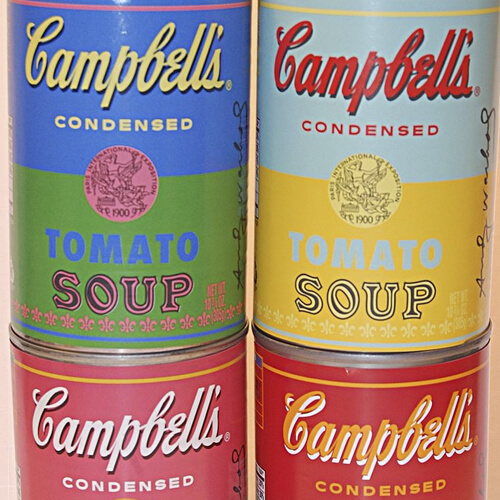 By Julia Glotz. Getting coverage for sustainability stories can be tough. As green initiatives rise…