In recent weeks headlines have been dominated as much by the Black Lives Matter movement and transgender rights as COVID-19. Just like Brexit, these issues have proved divisive and quickly become the subjects of highly-charged debates on social media.

More than ever, brands are weighing in on such topics. But should they?

Can brands have a position without alienating customers?

A quick scroll through your Twitter feed will provide enough proof of how strong and polarised people’s views are. If you’re thinking of weighing in on anything from climate change to politics, proceed with extreme caution.

No matter how strongly you believe your stance is the right one, you are nevertheless picking a side. Publicly. Some of your customers will be on the opposite side. But that doesn’t mean you have to stay silent.

Demonstrate you are a brand with a conscience by building marketing campaigns around established core values rather than stumbling into a backlash by commenting on a whim. By having a strong set of well-communicated values, your customers will know who you are and what you stand for. They are much less likely to abandon you when you speak out on issues that are aligned with these values.

Last year Cadbury – which has had a charitable foundation since 1935 – launched a successful campaign to tackle the problem of loneliness among older people through a re-design of its iconic packaging.

As part of its partnership with Age UK, the confectioner released limited-edition bars of Dairy Milk with the words removed from the logo, with 30p from the sale of each bar going to the charity. The brand encouraged members of the public to also “donate their words” to older people who are often deprived of conversation.

The public response was overwhelming. Hundreds of thousands of people ‘donated their words’ through small and large gestures of kindness. Whole streets learnt a neighbour’s name to ensure they hear a friendly hello each morning, and children scheduled regular calls with an elderly relative. Others were inspired to volunteer with Age UK.

Another example of a UK brands striking the right chord is Yorkshire Tea, which found itself dragged into the #BLM debate on Twitter recently.

When right-wing activist, Laura Towler, expressed her satisfaction that the brand had not come out in support of the movement, Yorkshire Tea came back with a considered but confident response:

“Please don’t buy our tea again. We’re taking some time to educate ourselves and plan proper action before we post. We stand against racism.” They also added #solidaritea which has since been used by other tea brands.

These brands have no doubt been bolstered in part by what happened after Nike left no-one in doubt as to its position on the Black Live Matter movement.

“Believe in something. Even if it means sacrificing everything.” That was tagline of the sportswear giant’s 2018 ‘Just Do It’ campaign, which featured American footballer Colin Kaepernick. Kaepernick had controversially protested against racial injustice in the US by not standing up for the national anthem at the start of a game.

By aligning with Kaepernick’s stand against racial injustice and police brutality in the US, Nike made its point of view on a contentious issue clear.

Critics — including president Donald Trump — argued Kaepernick and his colleagues were disrespecting the American flag and many decided to boycott the company. Some even destroyed their Nike gear on social media.

But the boycott did not have the desired effect and Nike’s bold move paid off. Not only did the Colin Kaepernick ad win the award for outstanding commercial at the Creative Arts Emmys, Nike’s stock soared and the business saw a $6 billion increase in overall value in the year following the launch of the campaign.

When it doesn’t work

One of the reasons the Nike campaign was a success was the figurehead for its campaign had a genuine connection to the issue at hand. When Pepsi attempted to use the same issue for its campaign, it took a different approach which backfired massively.

In their now infamous ad, Kendall Jenner leaves a photo shoot to join a protest. She ends up facing off with a police officer, who she hands a can of Pepsi, making him smile.

The ad was universally seen as a tone-deaf attempt to co-opt the Black Lives Matter movement and the incongruency of Jenner – a white woman born into family wealth and celebrity – as a stakeholder in the movements against police brutality and racial injustice left a bad taste in people’s mouths.

Is it worth it?

The backlash faced by some brands when they stick their heads over the parapet might have you wondering if it’s worth it. Does a brands point of view really influence the purchasing decisions of consumers?

Results of YouGov research, which examined whether brands choosing to take a side on a particular issue is a worthwhile strategy, read almost like the referendum results.

The lack of potential for benefit appears to be confirmed by a 2017 survey conducted by 4A’s and SSRS, which found “consumers are not looking to brands to take a position on political or social issues” and “only a small percentage of consumers are moved to buy from positive messaging.”

But telling a powerful story is an effective way to create a deeper emotional connection with customers and is a better option for many brands who do not want to be overtly associated with a political issue.

As we’ve discussed in recent weeks, having a clear and strong purpose has value, and if communicated well will resonate with your customers.

So, before wading into a topic that’s trending on social media, refer back to your brand’s purpose and values. By ensuring your stance stay’s true to your core values you will minimise the risk of alienating your customer base.

Done right, tapping into the issues that matter to your target audience can build trust and turn those who identify with you most into loyal customers.

Photo by munshots on Unsplash 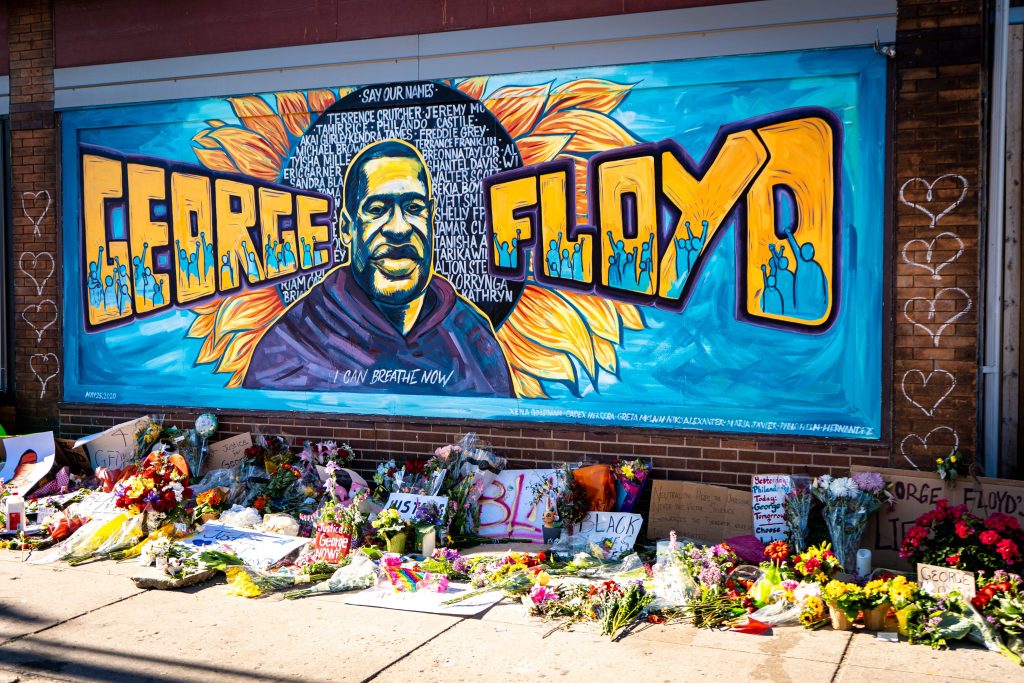 Why big brands are listening to little kids