Decathlon is a global sporting goods retailer with stores located throughout the world. They ran a Price Drop promotion and commissioned Pelican to generate online purchases using social media channels to encourage visitors to ‘click-through’ to the website and encourage their journey travel through the conversion funnel.

We recognised that the price drop promotion was a great mechanic for encouraging people to try a new sport, so we developed ‘Drop into a New Sport’ as a creative platform to drive engagement and purchase.

Key to the success of the campaign was creating a stream of high-quality content that would highlight the ‘Drop into a New Sport’ platform in order to attract attention and drive engagement. We produced four pieces of content which were disseminated during the eight week campaign of posts and tweets on Decathlon’s UK Facebook, Twitter and Vine presences.

The first piece of content was an infographic based on a survey of 1,000 respondents about attitudes to hobbies and the sports they’d like to try.

This led to the creation of 10 high quality studio shots depicting sports equipment in out-of-context settings to encourage those already participating in sport to try something new. Photos included a horse rider in snorkelling gear, a rugby player on roller skates and a ballerina in boxing gloves. A series of similar stop-motion videos reinforced the message and demonstrated the wide variety of products available in the Price Drop and in store.

Finally, we created a Facebook game which encouraged sharing by offering a leader board and prize mechanic to encourage competition.

During the campaign, total sales revenue from the Decathlon website was over £1.9 million: an increase of 104% over the same eight week period 12 months previously.

Compared with the same Price Drop period the year before, the social media campaign generated over 13,500 new users to the Decathlon website. 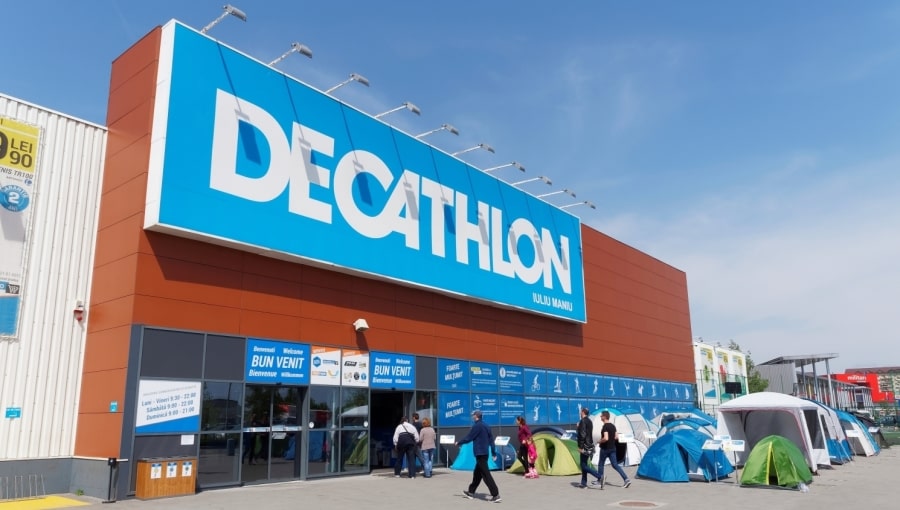 Putting Caterforce in the picture