The last week has highlighted two interesting aspects of the alcohol and health debate.

Ministers were quick to distance themselves from the chief medical officer, Sir Liam Donaldson’s proposal to charge a minimum price of 50 per unit of alcohol. Whilst Sir Liam’s intentions are excellent, the price mechanic he is proposing may not be the answer to reducing binge drinking. In Sweden where the government has a monopoly on selling alcohol, prices are incredibly high, yet binge drinking is still a major problem.

Conscious that raising the price of drink is a real vote looser, especially in the current economic climate, the Government seems to have developed a more subtle and possibly more effective strategy for removing binge drinking from the streets of our towns and cities. Rather than stopping people drinking they seem to be intent on closing as many pubs as they possibly can so that people are forced to drink at home.

The Independent reported the “Death of the Boozer” on Saturday 14th. James Thompson’s excellent piece revealed that despite a robust performance by the pub company JD Wetherspoon the future is grim for the traditional pub.

The article said: “A record 2,000 pubs have closed and 20,000 jobs have been lost since the Chancellor, Alistair Darling, controversially raised beer tax in the Budget in March 2008, Oxford Economics, the independent economic forecasting group, revealed last month.

“The Government will add to the existing hefty regulatory burden on pubs when it introduces a mandatory code of practice on alcohol sales this year, designed to reduce under-age or irresponsible drinking, that it admits will cost pubs an extra £300m, as part of the Policing and Crime Bill 2008/09.

“These additional regulations come at a time when consumers are shunning their local pub and increasingly drowning their recessionary sorrows at home with booze bought at Tesco, as one of the worst consumer downturns in living memory bites. Mark Hastings, at the British Beer & Pub Association, said the pub sector could lose a further 75,000 jobs over the next two years if the Government does not provide any relief.”

The loss of so many pubs will have an effect on the social fabric of many communities. True many boozers are scruffy and a bit rough and may not be missed. But many others do provide a social context in which many young people can learn to drink with some degree of responsibility. Without these pubs they will be forced out onto the very streets the Government is trying to keep them off.

Clearly the Government’s strategy is confused and contradictory. What is needed is education targeted at changing young people’s attitudes to alcohol. The current TV campaign educating women about the number of units of alcohol they consume is a good model in that it doesn’t preach. For young people we need a more of this approach and the efforts of Diageo are a good indicator of the way forward.

What would also help is an end to the glorification of alcohol by the likes of Chris Moyles and other celebrities. Clearly PR and advertising have a vital role in helping educate and change attitudes. Whilst we won’t stop young people getting drunk, we may be able to help them temper their behaviour and save themselves from the worst excesses of alcohol. 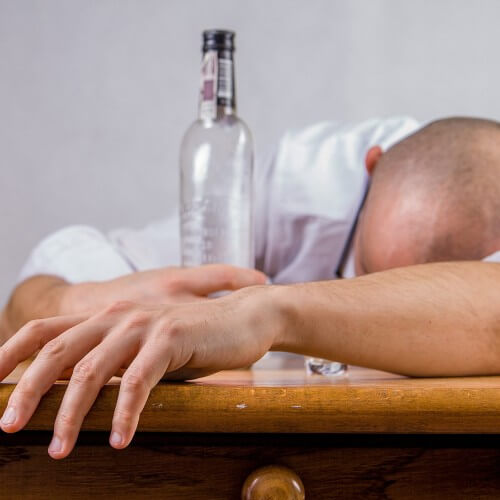 The power of social marketing

A recent report commissioned by The Grocer, highlighted the success of FMCG brands and supermarkets competing…

Could the rise of technology be the end for brand loyalty?