Traffic light labelling looks set to roll out across the food industry after Tesco, Lidl and Aldi announced they would adopt the labelling scheme.

Consumer group Which?, that has been behind the campaign, claims traffic light labelling on food packaging helps shoppers to make more informed choices about nutrition.

Tesco has pledged to scrap its old system of using pastel colours in favour of the red, amber and green traffic light scheme.

Whilst this may be a welcome step in helping people make more informed choices simply relying on packaging will not be enough. The traffic light scheme needs to be integrated with consumer educational campaigns such as Fit4Life if real behaviour change is to be achieved.

Which? executive director Richard Lloyd said: ‘This is a win for shoppers and a win for Which?, as we have long been campaigning for traffic light labelling on food.”

With most of the major supermarkets now committed to using traffic light labels on the front of food packaging, Which? is now calling for the rest to follow suit.

Richard Lloyd said: ‘We now want to see a commitment from Morrisons, Lidl and Iceland, the only supermarkets not using traffic lights, along with the main food manufacturers.’

Which? says adding traffic lights to the front of packaging can help consumers tell at a glance whether foods are high in salt, fat or sugar. A green traffic light indicates ‘low’, amber for ‘medium’ and red for ‘high.’

Which? Claims its research has shown that traffic light labelling works best for consumers and that people prefer it. A survey they conducted last year found that 70% of people thought that traffic lights were easier to understand, compared with just 23% who thought that percentage guideline daily amount (GDA) was most useful. 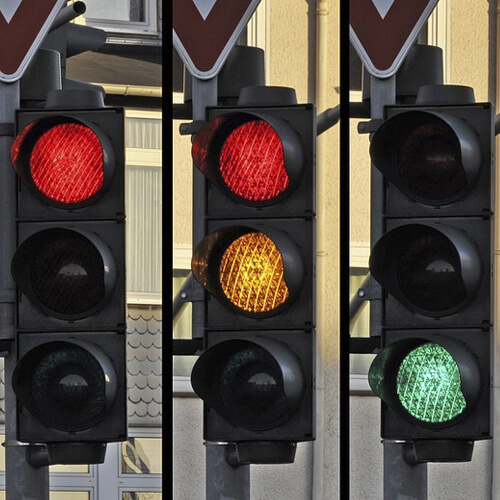