Pester power: ‘the ability of children to pressurise their parents into buying products’

As mum to an eight-year-old I’m all too familiar with the concept. Her greatest hits, including ‘I want one of those’, ‘can I have it’ and ‘pleeeeease’ provide the soundtrack to supermarket excursions.

Invariably when I follow the direction of the accompanying outstretched finger, it directs me to a packet of cereal/biscuits/ice-cream emblazoned with a cheerful cartoon character.

The sight of a cartoon monkey/dinosaur/unicorn never bothered me before I was a parent. Now it raises my blood pressure ever so slightly.

Eager to minimise my daughter’s sugar intake, her demands lead to an inevitable battle of wills. In one corner, me, desperately trying to make the healthier snacks appealing. In the other, my daughter, with the full support of brands seemingly in cahoots with the Disney corporation. In this bout, they are definitely the heavyweights.

Logic tells me these tactics are effective and I can see the advantage of having a talented animator on the team. But the parent in me thinks, surely marketing efforts should be directed at the one who controls the purse strings (me, allegedly)?

Much has been done to encourage shoppers to make healthier choices via information on packaging. The traffic light system is a great example. But the packaging for sugary products is often designed specifically to appeal to children.

When you’re trying to persuade a child that bran flakes are not only healthy but delicious, throwing her favourite cartoon character into the mix just feels unfair. As powers of persuasion go, I’m good, but I can’t compete with Elsa.

Now the health ramifications of these tactics are being recognised and addressed.

Research by Action on Sugar and Salt claimed that more than half of 526 products using animated characters on packaging were so unhealthy they would not be allowed to be advertised during children’s TV.

Meanwhile, the World Health Organisation estimates 124 million children aged between five and 19 suffer from obesity worldwide, while 213 million are overweight. In the UK, more than one in three children are obese or overweight when they leave primary school.

In the face of a childhood obesity epidemic, some brands are now taking action, offering parents hope in their fight against the dual threats of sugar and pestering.

It was recently announced that popular ice creams such as Ben & Jerry’s and Twister will no longer advertise to children. Unilever, which owns Ben & Jerry’s, has pledged to shift the advertising of sweet treats away from children under the age of 12 by removing cartoon characters from packaging.

This follows German supermarket chain Lidl’s decision to remove cartoons from its own brand cereals.

But could these efforts be too little, too late?

Last year it was reported England’s former chief medical officer was exploring the idea of plain packaging for crisps and chocolate, similar to cigarette packets, in an effort to create a ‘level playing field’ between confectionery and fruit and vegetables.

In the UK, standardised packaging for cigarettes was phased in between May 2016 and May 2017. Cigarettes must now be sold in standardised green packaging with graphic warnings of the dangers of smoking.

The idea of similar legislation extending to FMCG products is the stuff of marketing nightmare – imagine the plummeting sales figures if the nation’s favourite chocolate bars suddenly appeared on shelves wrapped in nothing but a brand name and an image of open-heart surgery.

It seems unlikely government will completely remove a brand’s ability to stand out on the shelf, but how can you design packaging for sweet treats without pandering to pester power or negatively effecting your bottom line?

A good first step might be to look at the products on the market which had adults in mind when the packaging was designed. There are some beautiful examples which are simple, clear and grab attention without resorting to cartoons characters. Consider the iconic Cadbury Dairy Milk wrapper – no unicorns, no superheroes, but instantly recognisable.

Contrary to what children may think, most parents like to treat their kids to the occasional sugar rush – and are certainly not averse to the occasional one themselves. Capitalising on the idea of these products as a treat or reward might be just as effective as pester power and would certainly result in a more pleasant shopping experience.

Are you looking to update your packaging design? Pelican’s talented design team has experience in this area and would love to discuss your packaging needs. But we won’t pester. 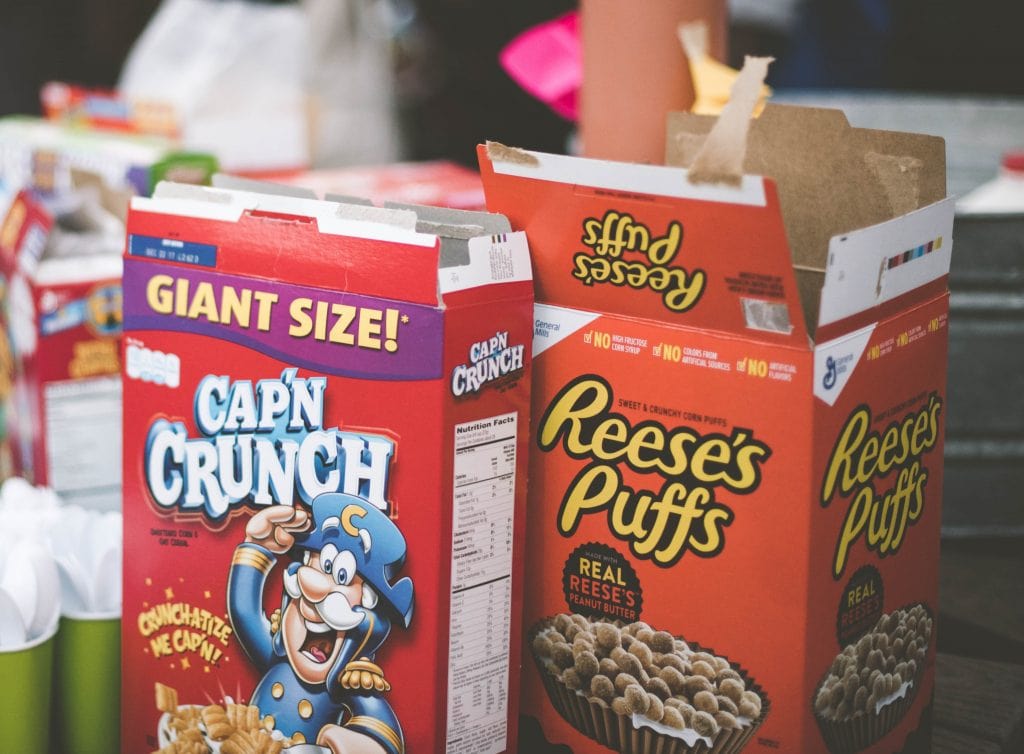