Fish were visible in the canals of Venice, people in India could see the Himalayas for the first time in 30 years and air pollution in London was at its lowest level for two decades: recent lockdowns have shown us the immediate benefits of reducing our carbon footprint.

Along with ‘self-isolate’, ‘flatten-the-curve’ was one of the most used phrases of 2020. In fact the Oxford English Dictionary was even updated to include words and phrases related to the pandemic in its definitive record of the English language.

It was a big change from 2019 when the Oxford Word of the Year was climate emergency.

Climate emergency is defined as ‘a situation in which urgent action is required to reduce or halt climate change and avoid potentially irreversible environmental damage resulting from it.’

At first sight the pandemic has led to many of us focussing on how we can look after ourselves and our family by cutting ourselves off from the rest of the world. And whilst that might be true for some people, coronavirus has highlighted what can be achieved by mass co-ordinated action to reduce the spread of the disease. Millions of people can work together to achieve a common goal that will benefit the whole of society.

The question now is: can we use the experience of lockdown to achieve the curb in carbon emissions needed to reduce the effects of climate change?

The optimist in me says the lessons we’ve learned are bound to make people see the benefits of acting together for the common good. Unfortunately, the idea of the common good only lasts as long as people feel an immediate threat.

The threat of dying from COVID-19 has led to government action on a scale many of us couldn’t have imagined just a few month ago.

By contrast, in 2014, the World Health Organization (WHO) estimated climate change would lead to about 250,000 additional deaths each year between 2030 and 2050, from factors such as malnutrition, heat stress and malaria.

A review of the data in January 2019 noted that reduced food production alone is predicted to lead to a net increase of 529,000 adult deaths by 2050. Climate change could also force more than 100 million people into extreme poverty by 2030, according to World Bank, which in turn would make them more vulnerable to the health effects of the changing climate.

The fact is that climate change is a huge threat to our long-term survival. So why are we not responding in a co-ordinated way?

I believe the key difference is that the virus is immediate and personal. We are all aware we could catch coronavirus and we need to protect ourselves from an immediate and present threat. This feeling is highlighted by the daily and tragic running total of deaths we see on every news bulletin.

But the threat from COVID-19 will reduce over time and as a result people are prepared to take the short-term pain of the lockdown in the anticipation they will be able to return to business as usual in a few weeks or months.

Conversely the threat of climate change is impersonal. Yes, we know it’s happening but, in the developed world at least, it doesn’t really seem to be affecting our lives very much, while the actions we need to take against climate change will be permanent.

It won’t be a case of changing our behaviour for a few months and then going back to our normal pattern of over consumption. It will mean almost no flights abroad for two weeks in the sun, no avocados all year round and no fast fashion imported from the Far East, to name but a few changes.

Understandably, many people are simply not prepared or equipped to make the changes that are needed.

Which leads me to another difference between coronavirus and climate emergency: government. To deal with the pandemic many governments have taken on unprecedented powers, closing millions of businesses, making people stay at home and radically changing the way we live.

This illustrates the power of government to effect change for our own good. Our politicians need to adopt the same bold leadership in order to battle climate change. By this I don’t mean forcing us all to work from home, go vegan or buy second-hand clothes. Rather they need to take urgent action on a range of issues such as a rapid move to renewables, reducing car journeys, increasing the amount of food we produce in the UK and educating us all in more sustainable ways of living.

Yes, this will mean significant changes to the way we live, but these changes will have benefits.

According to recent research by Chinese scientists reported in The Times, “all countries will benefit economically by the end of the century if they raise their targets to tackle climate change. A ‘farsighted self-preservation strategy’ would result in total global economic benefits ranging from $127 trillion to $616 trillion by 2100. If countries fail to deliver on their existing emissions targets, total losses could reach almost $800 trillion by 2100.”

What can your organisation do?

There are lots of things we are doing as a result of coronavirus that could help us with climate change.

Allowing members of your team to continue to work from home, event for just one day a week, will reduce the carbon generated by their commute, while studies have shown home workers are more productive than office workers as they have fewer distractions.

Apart from really important meetings, why not carry on using Zoom and Microsoft Teams? Not only does it cut the carbon associated with travelling, it saves loads of time sat in the car or on the train, making you more efficient.

Use project management software to collaborate with suppliers and customers, and digital platforms for sharing files, documents and magazines, reducing the amount of wastepaper your organisation produces.

In the same way many people are shopping for food in their local shops, start using local suppliers to reduce the length of your supply chain and the associated carbon emissions.

The Oxford English Dictionary’s executive editor Bernadette Paton said: “It is a consistent theme of lexicography that great social change brings great linguistic change, and that has never been truer than in this current global crisis.”

Given the immediate and devastating threat of climate change, the OED may be adding many more unprecedented words in the years to come. I hope for all our sakes this is not the case.

Photo by Markus Spiske on Unsplash 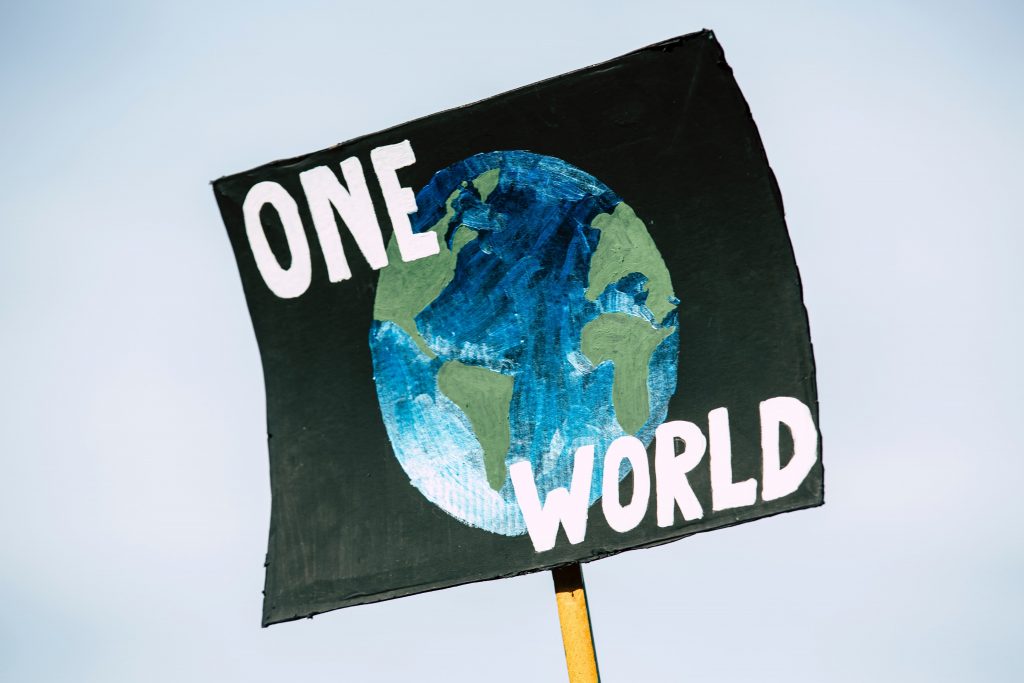 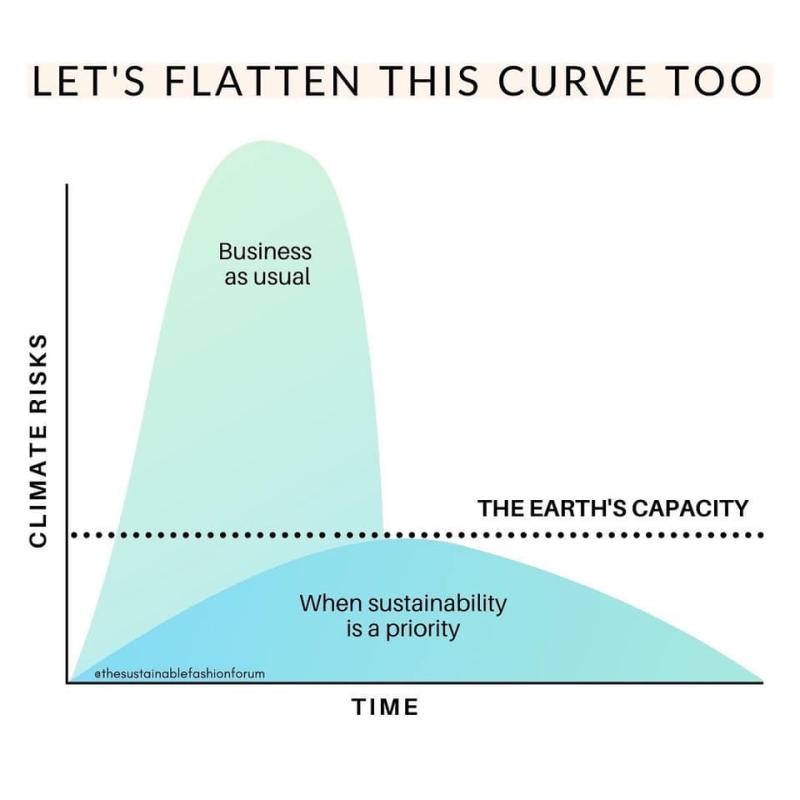